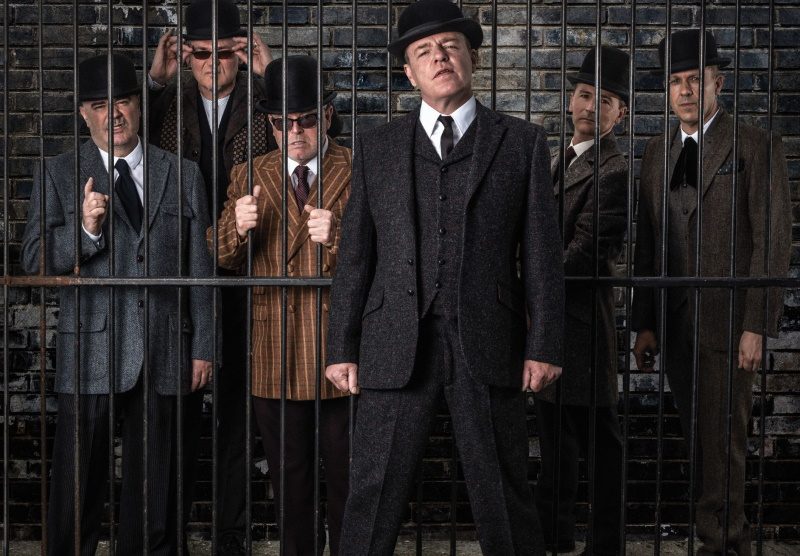 The Henley Festival is returning on 15th September on the riverbank in Henley-on-Thames with its full black-tie splendour. There will also be an additional brand new pop-up party that will take place from 8th – 10th July.

The UK’s most glamorous festival and winner of Headline Performance of the Year in 2016, Henley Festival 2021 will see the existing eclectic line-up promised last year, full of award-winning comedy, critically acclaimed artists and the biggest names in popular, world, jazz and classical music.

Replacing Myleene Klass and The Royal Philharmonic Orchestra on the Floating Stage on Sunday 19th September will be an unforgettable experience of Queen, ABBA and the Bee Gees in a rock and symphonic spectacular with the English National Orchestra.

Festival goers will be arriving by boat as they step onto the green lawns of the festival which will be transformed into a Great Gatsby vision, as black-tie clad revellers spill across the festival site, champagne in hand, while fireworks explode overhead. A sparkly sight we are all looking forward to seeing and experiencing after a dull 2020!

Established 38 years ago as a classical music charity event, Henley Festival is the UK’s only black-tie festival – glamour personified – and continues to run as a non-profit organisation, supporting charitable projects at both a national and local level.

Madness will open Henley festival on Wednesday night. Madness will perform much loved classics including ‘House of Fun’, ‘Baggy Trousers’ and ‘It Must Be Love’ alongside new songs from their first album in five years ‘The Bullingdon Boys.’

On Thursday night James Blunt will headline the Floating Stage. Blunt has received numerous awards, including two Brit Awards, two MTV Video Music Awards and two Ivor Novello Awards, as well as receiving five Grammy Award nominations. He has continued to achieve huge commercial success with his following releases, the latest being his new album Once Upon a Mind.

Sara Cox will follow Sophie Ellis-Bextor: Just Can’t Get Enough 80s. Join Sara Cox for all the hits from the best decade, delivered with a stunning stage set and amazing visuals. Huge anthems for monumental crowd participation moments making epic memories to take home. If you’ve got fond memories of legwarmers and spandex, ‘Just Can’t Get Enough 80s’ is a new show set to send you into a retro frenzy!

Sunday 19th September will be a magical evening of Queen, Abba and the Bee Gees in a rock and symphonic spectacular celebrating their greatest hits including Bohemian Rhapsody, Staying Alive, Mama Mia and many more.

The comedy line up includes Al Murray, Milton Jones, Shappi Khorsandi and Rory Bremner among the stellar 20 comedians performing at this year’s festival. One of Britain’s favourite comedians, Al Murray’s hard-edged social and political satire is sure to have the audience in fits of laughter. 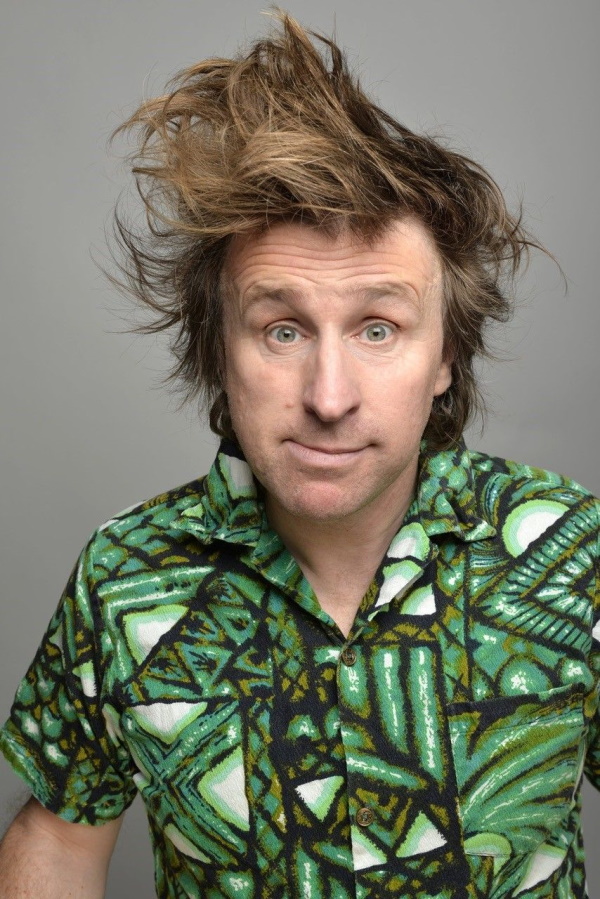 Milton Jones will be bringing his hilariously clever one-liners to Henley’s comedy line up, involving puns delivered in a uniquely deadpan and purposely neurotic style. Jones has had various shows on BBC Radio 4 and is a recurring guest panellist on Mock the Week.

Along with the likes of comedian and author Shappi Khorsandi and Scottish impressionist and comedian Rory Bremner, his hilarious show is certainly not to be missed. In addition, runner-up on series 12 of Britain’s Got Talent, Robert White, and the first stand-up comedian in Britain to use a communication aid in his routines, Lost Voice Guy, will also be keeping audiences thoroughly entertained, alongside a whole host of up-and-coming comics.

Henley Festival’s very own Jazz Club in the stunning Spiegel Tent offers dining and live jazz music before and after the main headline act. With their thrilling three-part harmonies, mercurial percussion, virtuoso violin and soaring sax and clarinet, The Boneshaker Band will create an inimitable and unmissable opening to the Jazz Club on Wednesday night.

On Saturday night, internationally acclaimed Swing band Natty Congeroo & the Flames of Rhythm will bring the party to the Jazz Club with their high-energy, immersive live performance. Led by the legendary showman Natty Congeroo, the Flames’ repertoire is a combination of tight original numbers and explosive interpretations of classic Hot Jazz, Swing, Rhythm ’n’ Blues and Gospel.

Closing the Jazz Club on Sunday, Austrian ensemble Aureum Saxophone Quartet will showcase the richness and infinite array of sounds that are possible on the saxophone; your ears will be amazed! In addition, electrifying live outfit The Hawkmen will bring a taste of rhythm ‘n’ blues, soul and rock ‘n’ roll – brought together in a uniquely classic, rootsy, hybrid blend – to Henley.

Enter the Bedouin Tent for a taste of world music and home-grown British folk at their best. World music highlights include Paprika, the UK’s leading Balkan band, who create fiery melodies and foot-tapping rhythms that fuse Eastern European, Balkan, Gypsy and Classical music in a whirlwind performance of frenzied virtuosity. Max Pashm will also bring his infamous live show experience to Henley, featuring uplifting percussion, vocals and keyboards along with his general showmanship and sense of humour on stage.

Fusing the folk and urban traditions of her Zambian homeland and her Scottish roots with London’s eclectic music scene, Namvula’s uplifting, emotive songs will transport the Henley audience into different worlds, while staying firmly rooted in African soil.

The Bedouin Tent will also be presenting up-and-coming names in folk music, including Julu & Heg, with their evocative, harmony-rich songs. Award-winning fiddle player Henry Webster is also among the latest generation of folk musicians bringing a fresh perspective to the tradition. Teaming up with singer-songwriter and guitarist Elliott Morris, this special performance is not one to be missed. In addition, folk duo Nicola & Jim will present the amazing spectacle of Nicola’s simultaneous fiddle playing and clog dancing alongside the driving sounds of Jim’s piano and accordion.

Having recorded and performed with international stars including Eric Clapton, Van Morrison and Laura Marling, British slide guitarist and songwriter Martin Harley will also showcase his incredible artistry and intimate, gritty style to the Henley audience. Charlotte Campbell with three albums and numerous gigs across Europe already under her belt will be bringing her charming London street performances to the Bedouin Tent stage.

Henley Festival is hugely excited to be working with BBC Music Introducing discovering breaking acts from the region, all of whom have featured across the BBC network before.

This year Henley Festival will be hosting new local producer talent in addition to emerging bands and songwriters. Elton John and Lauren Laverne approved multi-instrumentalist Ralegh Long brings his Nick Drake-like sombre lyricism to Henley on Wednesday night followed by the London based and Reading bred electronic composer Darshaan on Thursday. On Friday Henley audience gets to enjoy the intricate folk of Roz Firth and on Saturday the singer-songwriter Olly Chamberlain will grace the stage at Pure Heaven before hitting major UK festivals in Reading and Leeds.

Henley Festival is one of the very few festivals in the UK to showcase artworks from some of the UK’s most talented artists, photographers and galleries. Focusing largely on local talent this year, Henley Festival is delighted to play host to a string of up and coming makers and craftsmen, including artisanal jewellers of Studio 35 and Cristo Design’s striking wooden furniture.

The festival will also welcome back Tommy Burr’s urban art that repurposes mundane materials like traffic signs into vibrant pieces of art. The festival will also collaborate with the internationally recognised Bishopsland Educational Trust for the first time, celebrating the craftmanship of the recent jewellery graduates. 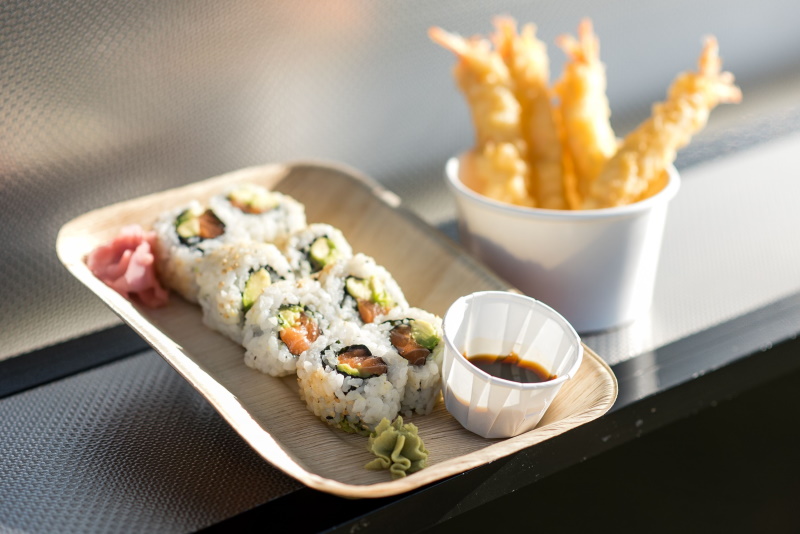 A festival for food lovers, Henley caters for all tastes offering a huge number of restaurants and pop ups from street food to fine dining. Restaurant’s popping up at the festival will include Garden Bistro by Jimmy Garcia, Green Box, Oink, BBQ Club, Hotel Chocolat, Jessecco Prosecco, Black Cab Coffee Company and many more.

Sunday sees the festival transformed into an enchanting playground for families and children of all ages, with a whole host of dazzling activities, performances and concerts.

Henley Festival is topped off each night by a jaw dropping overhead firework display. The sparkle that we all need, 2021’s fireworks display will be designed by Titanium Fireworks, the team who have put on some of the UK’s biggest firework shows in the last decade including the 2012 London Olympics and Hogmany in Edinburgh. Henley Festival is currently the only music Festival which Titanium work with.