There are currently no direct flights from the UK into Ft. Lauderdale airport. UK cruise passengers fly to Miami International Airport and transfer the 30 miles to the Ft. Lauderdale cruise port, usually after an overnight stay in a hotel.

In addition to Caribbean islands, ports of call on mainland South America, Mexico and Central American Republics can be accessed on a Western Caribbean cruise.

On the west side of Grand Cayman you will find the famous seven mile beach, the crescent-shaped natural wonder with soft white-sand stretching as far as the eye can see. Grand Cayman’s seven mile beach is often rated as one of the most beautiful beaches in all the Caribbean - and the least populated. Visit Stingray City named as one of the most rewarding experiences in the undersea world by National Geographic where you have the rare opportunity to mingle with friendly stingrays.

It is Mexico's third-largest island, (6.2 mi) from the mainland, and 90 km (56 mi) south of Cancun. Cozumel has great beaches, nice people, and safe streets, with prices comparable to other Mexican tourist destinations.

The waters and Coral reefs around Cozumel are world-renowned as a diving and snorkelling destination. The east side of the island is mostly undeveloped, but there are beautiful beaches, big waves, and rocky outcrops over the ocean.

Cozumel also offers several Mayan archaeological sites. The most extensive vestiges are those at "San Gervasio"  an inland site a few miles north of the "Carretera Transversal" highway, a site located near the village of El Cedral.  At Punta Sur Park, at the southern tip of the island, there is the "El Caracol" temple, believed to have been used as a lighthouse by the Mayans.

Belize City - is located at the mouth of the Belize River, and is the largest city in the Central American nation of Belize

With one foot planted in the Central American jungle and the other dipped in the Caribbean Sea, Belize blends the best of both worlds. Between national parks, wildlife sanctuaries and marine reserves, more than 40% of the country’s area is protected in one form or another, creating a haven for countless creatures of land, sea and sky.

Divers and snorkellers can swim through translucent seas, gazing at a kaleidoscope of coral, fish, dolphins and turtles. Inland explorers can investigate ruins of ancient civilizations or amaze at the abundance of wild-life on a jungle safari.

The island is surrounded by the world's second largest coral reef, with awesome walls and reefs, and several excellent wreck dives (with many sites accessible from the shore).Zip-lining has become a favorite activity for tourists - especially the South Shore Adventure Park which has become the islands most frequented destination for zip-lining and other adventure activities, with a 100% safety record and professionally trained and experienced guides and personnel.

Glass bottom boat tours are available on some of the most pristine stretches of reef on both the North and South shores of the island. Mangrove boat tours are also on offer to explore the historic and environmentally protected mangrove farms and canals which are among the most spectacular sites on the island.

Costa Maya - is a small tourist region in the state of Quintana Roo (Mexico), the only state with Caribbean Sea

This municipality is close to Chetumal (capital of the state) on the border with Belize. The area is generally undeveloped but has been growing quickly and rapidly after construction of a large pier to accommodate cruise ships.

Costa Maya's port has a new and modern tourist shopping mall. The centre has a central plaza with saltwater pools and 'swim-up' style bars. There are several jewellery stores and many small shops selling ubiquitous souvenir items. It is generally open only to cruise ship passengers.

With so many cruise lines, ships and itineraries available, finding your ideal cruise can be confusing & time consuming. Trained cruise specialists from Superior Cruises will search for the best cruises and deals available from our wide range of quality cruise partners. You can book your cruise with confidence in the knowledge that Superior Cruises are ATOL protected and members of the Travel Trust Association (TTA).

How Britons feel about dying alone 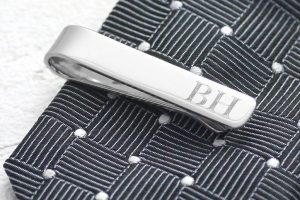 Wonderful silver gifts can be engraved