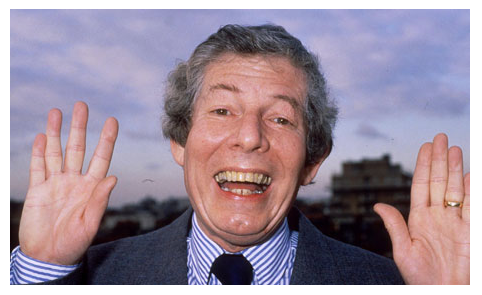 Jean and I also heard about a lady of 69 years who has rediscovered ice skating, one of her teenage delights. "You don't have to think about people or issues on the ice," she says.

Have you tried ice skating!

It’s raining outside, which comes as some relief after two hot and humid weeks on holiday in Ohio. My wife Ellen and I go to the USA every year to visit my sister Jean, a GI bride way back in postwar days. Since the Americans seem to have an answer for everything, I made a point on this trip of finding out how they approach retirement.

Jean herself is a good example. Coming up to 64, she still works part-time in a welfare agency. Her friends in the office have been a source of great comfort since she lost her husband Jerry last year and, like most of us, she views approaching retirement with some misgivings.

Americans tend to put something by for their old age so the question here is not so much how to pay for retirement, but how to spend it usefully, she tells me. “Now that we are all living longer, it’s important to plan for the future and not just sit back and do nothing.”

There was a time when people thought giving up work meant taking life easy, stepping back from day-to-day responsibilities and treating what was left of life as a kind of holiday. A time for travel, leisure and getting to know the grandchildren.

“That all made sense when we weren’t expected to live much beyond 70,” Jean said, “but of course we are so much more healthy now and retirement could last for twenty or thirty years. They say people who reach their 50s without health problems are likely to live into their 90s.”

We sat down together in her beautiful half-timbered house in the Ohio countryside and thought about the options facing a retiree still active and looking for a meaningful way to spend the years ahead.

“I would like to go on working part-time,” Jean decided. “Voluntary work is the most likely prospect. Most people retiring these days get down to doing something useful in the community and I’m thinking along those lines. I’m already active in my church and already belong to several local groups. One of them helped a great deal when I was grieving over the loss of my husband.”

We thought about those people who start a new career or launch a business. “It isn’t that easy when you’re on your own,” Jean said somewhat ruefully. “Everything in America is so competitive”.

One sister-in-law, Ruth, has retired from a successful career in real estate and opened a pet parlour, where clients come and spend 20 dollars (£14) to have their dog shampooed – or they can do it themselves for ten dollars. She has become a kind of one-woman PDSA and is having a whale of a time running the business while caring for abandoned dogs and cats. Some of the neighbourhood girls crazy about animals – as so many are – come in to help out on a voluntary basis.

Jean and I also heard about a lady of 69 years who has rediscovered ice skating, one of her teenage delights. “You don’t have to think about people or issues on the ice,” she says.

How about buying a pair of skates, Jean, I asked? Or you could try mountaineering or hang-gliding. “You start first,” she said. “You’re older than me.”

So that’s how it looks in America. ‘Bye now – I’ll be back soon.
Copyright © 2000 Derek Jameson / Retirement Matters Ltd. All rights reserved