Nicola Buskell RetireMatte
James Mason was an actor of contradictions. He was a lover of classical drama who made his name not in the theatre but in the world of film

James Mason was an actor of contradictions. He was a lover of classical drama who made his name not in the theatre but in the world of film. He was a quietly spoken, deeply private man who chose to follow the most public of careers. These contradictions may have sometimes troubled Mason but he still managed a prolific film career and by the time he died in 1984 had made just over 100 films in a career covering half a century.

He was engaged by the theatre after an impressive review of a student production he had appeared in whilst at Cambridge: the Daily Telegraph critic W A Darlington enthused “I have not for some years seen at either of the great universities an actor with such a gift for sinister characterisation”.

Unfortunately this glowing praise was the best review Mason ever received for his stage work. The richness of his voice, used to such memorable effect in his film work, somehow did not seem to have quite the same depth and power on stage. However he enjoyed moderate success as a stage actor, doing a season at the Old Vic with Charles Laughton, followed by a season at The Gate in Dublin, most notable for his appearance as Brutus in Julius Caesar, which later became one of his most celebrated film roles.

Mason’s first film role came in 1935. Late Extra was what was nicknamed a ‘quota quickie’. These were low-budget, speedily produced films made to satisfy the British Government ruling that a percentage of films shown in British cinemas had to be home-grown rather than Hollywood imports. Although not destined to become cinema classics the ‘quota quickies’ were a training ground for many young British stars – the cast of Late Extra for example included Donald Wolfit, Alistair Sim and Cyril Cusack!

Mason’s first commercial success came in 1943 with The Man in Grey, a swashbuckling Regency romance, with Mason as the ruthless-but-sexy aristocratic villain. He loathed making what he regarded as lowbrow rubbish, even hitting the director at one point during the filming in pure frustration. But whether Mason liked it or not the film was a hit, and he was a star.

In 1948 Mason arrived in Hollywood with his wife Pamela. His Hollywood career was always chequered and these early years were no exception with his first five films all turning out to be flops. His prospects improved with his performance as Rommel in the 1951 film Desert Fox and his success as Brutus in Julius Caesar (1953). In1954 he made A Star in Born with Judy Garland, bringing him the first of three Oscar nominations. This success propelled him onto the Hollywood ‘A list’, and he was approached by Disney to play Captain Nemo in 20,000 Leagues Under the Sea, which he reluctantly agreed to when the money became too good to refuse!

At this high point in his career Mason took the perhaps rash decision to give his classical theatre skills one last test. The director Tyrone Guthrie had established a temporary classical theatre venue in Ontario, Canada and invited James to join him for a season. So it was that James Mason, Hollywood star, set off to perform in a tent in Canada.

Mason’s return to the theatre was not entirely successful. Although audiences and the rest of the cast were supportive, the reviews were lukewarm and the general opinion – eventually shared by Mason himself – was that he did not have the power in his voice or the sheer size in his performance to be a theatre star.

The rest of the 1950s were a lean time for Mason until Hitchcock’s North by Northwest in 1959. Although his pride suffered at taking second billing to Cary Grant, North by Northwest put Mason’s career back on track. The trend continued with Lolita in 1962, which saw him in the public eye as a serious actor once again.

After an acrimonious and expensive divorce from Pamela in 1962 Mason realised he would need to keep the money coming in to support himself as well as his ex-wife and two children. He worked almost constantly over the next twenty-two years – not always in the best films, but always giving a faultless performance. In 1971 he married again, to the actress Clarissa Kaye. His happy second marriage and the rhythm of almost constant work seemed to bring a contentment to his later life that had eluded him in his younger years.

The last of Mason’s Oscar nominations came in 1982 for The Verdict. In 1984 he completed The Shooting Party, which he had filmed simultaneously with a BBC TV film of Dr Fischer of Geneva. Despite his chequered career he made sure his final performances were three of his most memorable and powerful. James Mason was not an actor to be gone and then forgotten.

Photograph:  picture copyright © of and supplied by: 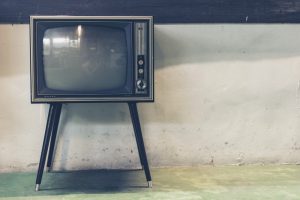